The 30% Club is a voluntary movement of international companies which are committed to better gender balance at all levels of business. Comprising of CEOs and Chairs, the Group aims to achieve 30% female representation in senior management by 2020 through collaborative, business-led effort.

Research shows that while 48% of junior management roles in Ireland are held by women, less than one third of executive directors are female. Traditionally, industries involved in Science, Technology, Engineering and Maths (STEM) are especially challenged when it comes to increasing the representation of women at executive and leadership levels.

Headquartered in Ireland, PM Group is an international project delivery company, which operates across Europe, the USA and Asia.  It has over 2,300 people worldwide and boasts a 45-year track record in engineering and architecture design, project and construction management for leading multinational companies.  The company is a leader in the pharmaceutical, food, data centre and med-tech sectors.

Carol Andrews, Chair of the 30% Club Ireland and a Managing Director at BNY Mellon Ireland said: “The 30% Club believes that gender balance on boards and executive leadership not only encourages better leadership and governance, but further contributes to better all-round board performance, and ultimately increased corporate performance for both companies and their shareholders.  We are delighted to have PM Group on board and look forward to a fruitful relationship going forward.”

PM Group Chief Executive Dave Murphy commented: “PM Group is really pleased to support the 30% Club Ireland.  It is a very important initiative with ambitious goals that are aligned with our own efforts as a company to support and promote female diversity in the work place. We recognise the challenge in particular of achieving better gender balance in the construction sector and want to play an active part in raising awareness and improving representation at all levels in our industry.”

The 30% Club Ireland seeks to gain support from leaders of public, private, state and multinational companies and other interested groups. 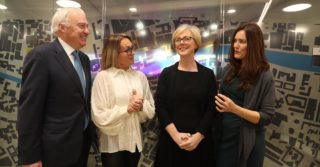 Business in the Community Ireland (BITCI) celebrated the latest participants to engage with their diversity and inclusion programmes at a special event hosted by Workday in Dublin. BITCI are the leading advisers on sustainability and CSR in the country and work with some of Ireland’s largest companies. Earlier this year, BITCI launched the ‘Inclusive Employer’ 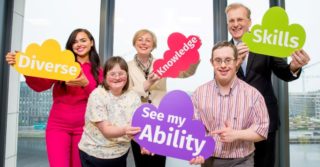 State Street and Social Innovation Fund Ireland join forces to empower more people with a disability to gain employment New €1.5 million Ability to Work Fund aims to reach 500 people with disabilities across Ireland Employers across Ireland were urged to “see ability not disability” and to create more opportunities in the workplace for people 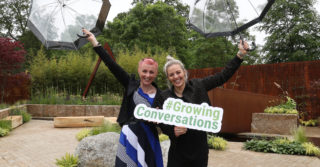 Grounded’ sponsored by Janssen in association with Aware and See Change, aims to grow the conversation around mental illness   With the mission of starting a national conversation around mental illness, Janssen in partnership with leading mental health organisations Aware and See Change, are presenting a one-of-a-kind garden at Bloom in the Park 2019. The garden 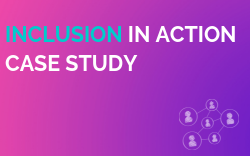 Last month KBC Bank hosted the first Inclusive Employer meeting in Cork.  At the session Munster based companies described their schemes to support apprenticeships and work placements which in the majority of cases provide candidates that they can recruit and progress through the organisation. According to Louise Murray our Senior CSR Adviser, the logic stacks