The electrification of transport is currently being acknowledged as a stepping stone in achieving the Paris Agreement targets in landmark events like COP26 and publications like Ireland’s Climate Action Plan.

At BITCI through our environmental services and the Low Carbon Pledge we support our members to integrate sustainability across their business and reduce their carbon emissions. Sustainable transport is key in a successful transition to a low carbon economy. Here we share two notable initiatives carried out by two of our Low Carbon Pledge signatories An Post and eir.

An Post has launched its second Sustainability Report earlier this year, highlighting the essential role An Post is playing in the national drive for carbon reduction and its commitment to sustainable living.

The report demonstrates An Post’s leadership role in Ireland’s transition towards a low carbon society, with significant achievements in the area of electric transport. Currently, An Post operates Ireland’s largest EV fleet with 1012 electric vehicles and 110 electric trikes in the An Post fleet.

As one of the largest employers, maintaining one of the largest fleets and with the largest retail network in the country, An Post’s sustainability objectives are to focus on leading the way in making sustainable living commonplace in Ireland. That includes an additional commitment to reach 2,000 electric vehicles in  theAn Post’s fleet by 2022.

The move aimed to increase the appeal of electric vehicles for drivers and reduce range anxiety which is one of the main barriers to Ireland’s goal of having 936,000 EVs on Irish roads, under its Climate Action Plan 2030. Transport accounts for one-third of Ireland’s energy-related CO2 emissions. This initiative helps accelerate the replacement of internal combustion engine vehicles with EVs, the most practical solution for reducing transport carbon emissions.

In rural areas, where public transport is far less available, it is even more important that people can go electric with confidence that charging infrastructure is in place. The world-class Rapid DC Chargers can charge a vehicle up to 80% in less than 30 minutes. The EasyGo network is today used by more than 7,000 Irish EV drivers that can find, use, and pay for charging at more than 1,200 charge-points nationally. Locations, where first chargers can go live, will be announced after consultation with local authorities.

Find out more about the Low Carbon Pledge and how to join Ireland’s only dedicated business network to sustainability. 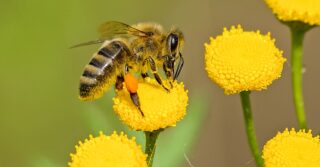 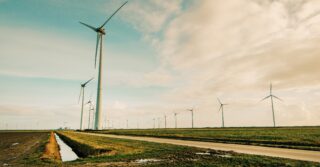 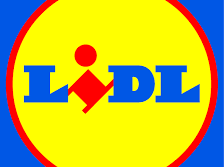 The trial in Lidl Glenageary will see money-back reverse vending machine established and aims to redirect up to 1,500 tonnes of plastic per year when rolled out nationally. Lidl Ireland has announced the roll out of their reverse vending machines to facilitate the nation’s first Deposit Return Scheme (DRS). The machines will enable customers to deposit 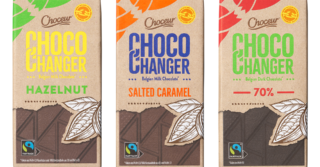 Aldi has launched a brand new chocolate bar with Tony’s Chocolonely in an Irish supermarket first. The own-label Choceur CHOCO CHANGER is now available as a Specialbuy in Aldi stores across Ireland. The chocolate bar is Fairtrade certified and 100% responsibly sourced, adopting all of Tony’s Open Chain five sourcing principles to support cocoa farming communities in Côte d’Ivoire and Ghana