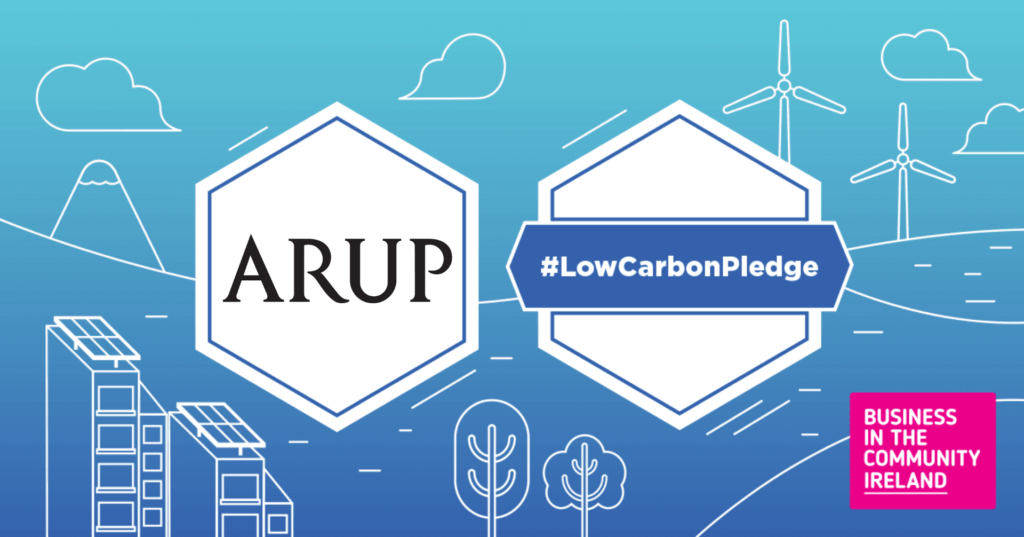 For the past decade, Arup has been actively engaged with the wider sustainability agenda. In 2013, it published its first annual sustainability report and began working with clients on the 100 Resilient Cities initiative, helping to build more sustainable cities and communities. In 2015, Arup enhanced its commitment to reducing its greenhouse gas (GHG) emissions and addressing climate change by becoming a signatory of the Paris Pledge for Action.

As societal awareness increased and client demand for climate services grew, Arup committed to formalising its sustainability objectives in a way that clearly demonstrated a significant carbon emissions reduction ambition. In early 2019, Arup made the decision to adopt science-based targets across the organisation. Since then, the company has set a target of a 30% reduction in its carbon emissions by 2025, with a target of net-zero emissions by 2030, which was verified by sciencebasedtargets.org in March 2020.

The first step of the journey involved data collection to determine the baseline of Arup’s emissions from current operations, providing insights into the principle emissions sources. Collecting data accurately, consistently and efficiently will be a cornerstone of reducing Arup’s carbon emissions. Arup’s digital teams started to analyse different regional data sources and how this could be stored in one centralised system to get a continuous picture of the company’s carbon emissions.

Once Arup better understood its emissions baseline, and the sources of its emissions, the next phase was to determine future targets for emissions reduction. Rather than collectively allocate all targets and actions to every region, the responsibility was given to the regions individually. Each geography defined a set of Region Determined Contributions (RDCs) which aggregate up to the overall Arup group target. This is modelled on the EU concept of NDCs where regional targets aggregate up to an EU level. The RDC model offers the advantage that each region can choose its own path based on the conditions in that specific market. This is found to be a more effective approach to cutting carbon emissions across global organisations, as not all jurisdictions move at the same pace in relation to the adoption of low carbon technologies.

Next, Arup formed a Steering Group which was tasked with defining, coordinating and reporting all activities related to achieving the agreed targets. This approach enabled sharing of ‘lessons learned’ between offices. To implement change, working groups were set up in each region to operate at a much more granular level, identifying the areas of focus most relevant to their own region and defining their own sustainability initiatives.

For example, Arup in Ireland encourages staff to use sustainable modes of transport through an ongoing Mobility Management Plan (MMP). Regular staff surveys are used to gather the underlying data. In 2010, when the first travel survey was issued, the results showed that 27% of staff drove to work each day and 13% cycled. Fast forward to 2019 when only 7% of staff drive to work and 30% cycle. This has been supported by a range of initiatives, e.g. upgrading changing rooms and increasing the capacity of bike storage areas.

While the majority of programmes are conceived and driven regionally, a number of initiatives are also implemented globally. One such example relates to putting an internal price on carbon for business air travel, which requires an additional expense of $40/ tonne CO2 to compensate for the carbon associated with the flight. This money is collected into a central carbon fund which will be used to offset the carbon, with any surplus used to fund specific projects that accelerate efforts to decarbonise, by Arup and others.

Download our latest guide to Setting Science Based targets.

Transport is a key area of the Climate Action Plan 2021 and targets set out aim to reduce emissions from this sector by up to 51% by 2030. Emissions in the transport sector have risen rapidly in recent decades and remain coupled to economic growth. As one of Ireland’s largest businesses, Dublin Bus recognises that it has

Together, building and construction are responsible for 39% of all carbon emissions in the world and therefore represent a must-win decarbonisation segment both globally and locally. Cairn Homes want to take a prominent role in promoting sustainable and attainable building in Ireland, while in parallel being respectful of the change this will have on both suppliers and