Padraig Whelton, Senior Finance Manager at BT Ireland, is pictured with the Raheny GAA ‘All Stars’ Football Team and All-Ireland winner, Brian Fenton. BT Ireland is delighted to support this incredible initiative by Raheny GAA to make GAA more accessible and inclusive for everyone. The All Stars team, which was set up by a group of parents, is made up of boys and girls who have various degrees of intellectual disability from Down Syndrome to Asperger’s to ADHD and Autism. Through the generosity of people giving up their own time, including transition year students from the local area and coaches, the team has benefited from nearly one-to-one coaching for each child. The donation from BT Ireland was secured through the company’s Give As You Earn (GAYE) scheme and has allowed the team to get equipment and uniforms which gives them an identity so they feel just like other teams in the club.

Speaking at a recent event, Richie O’Leary, founding member of Raheny All Stars and IT Business Analyst at BT Ireland, said, “The Raheny All Stars is a safe place to bring our children for an hour on a Friday evening, and it could be so much more because the kids have lots of potential and we are just trying to find ways and means to bring that out. This funding from BT will only enhance that. My daughter Amy is non-verbal, has ADHD, takes anxiety and panic attacks and is prone to self-harm during those anxiety attacks. Other children don’t like to be over-crowded, while others need to be in a crowd, so on a typical Friday evening when we have 14-18 children, we need almost the same number of adults to assist in the training of the children.”

BT Ireland supports the charity sector in a number of ways, over the last six years the company has raised €683,840 for the Irish Cancer Society and Marie Curie NI. Since January 2017 BT Ireland through the GAYE scheme has donated nearly €80,000 to a number charities, outside of the Irish Cancer Society partnership, nearly double the amount donated by the company last year. 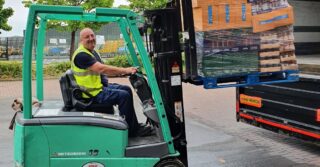 Donation enables FoodCloud to support 17 new food hubs in 15 counties across Ireland Aldi Ireland has become the first retailer to donate non-surplus food to FoodCloud during the Covid-19 pandemic to help with the unprecedented demand on FoodCloud’s services from charities. FoodCloud has experienced a huge surge in demand for its food redistribution services

The Covid-19 emergency and subsequent lockdown has meant that many Irish businesses have had to completely transform their CSR & Community plans for 2020. Despite this disruption, there is a compelling solution to this challenge that can ensure company volunteers can continue having a positive social impact while also helping struggling charities and vulnerable people:

What are the types of activities that a company might be able to support through Virtual Volunteering? The possibilities are almost endless. Here are just a few short case studies of how BITCI member companies have used Virtual Volunteering to maintain their previous CSR activities and Community commitments – and to develop new initiatives. Virtual 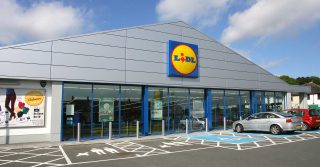 At Lidl, we believe it is our responsibility to build a successful, sustainable future, not just for our business, but for the communities we serve. This commitment is enshrined in our Corporate Social Responsibility (CSR) strategy, A Better Tomorrow. Through the community pillar of this strategy, we are partnered with Jigsaw – the National Centre