Diageo Scotland supported biodiversity in the ‘heartland of Scotch whisky’ by making a financial donation to help restore a river catchment. 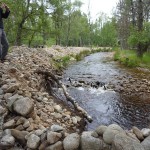 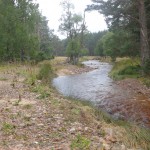 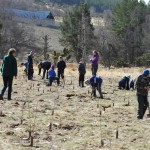 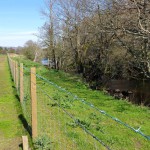 New fencing to protect the river in place 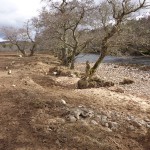 New fencing to protect the river

A direct link to the product: The project links directly to their business, as many Scotch whiskies are produced in the Spey river catchment using water from the river systems there.Healthy biodiversity is fundamental to a healthy river catchment. By supporting ecological restoration and protection, the company is supporting the delivery of the ecosystem services it uses to make its products, such as water purification and flood regulation.

Diageo’s biodiversity restoration project: The Spey Catchment Initiative has undertaken a number of projects, including the construction of 17km of riverbank, planting 10,000 trees and creating a new riverside path, to safeguard woodlands, enhance wetlands, promote natural flood management, educate, raise awareness and ultimately gain a better understanding of “how the river works”. This is all part of an ‘integrated catchment-scale management approach’, which involves taking a holistic view of the entire watershed – the main river channel and all its tributaries, and all the land that drains into it, from the mountains and hills to the lower-lying plains and the estuary where it meets the sea. Diageo’s Operations Director (East), Fiona Jones, who presented a cheque for £10,000 to Roger Knight, Director of the Spey Fishery Board, at the Cardhu Distillery at Knockando in May 2014, said: “The quality of the environment we enjoy here in Speyside and across Scotland is incredibly important to Diageo and to the Scotch whisky industry in general and that’s why we are so pleased to be associated with this initiative.”