Business in the Community Ireland Inaugural study of 120,000 employees lays foundations for diversity and inclusion in the workforce 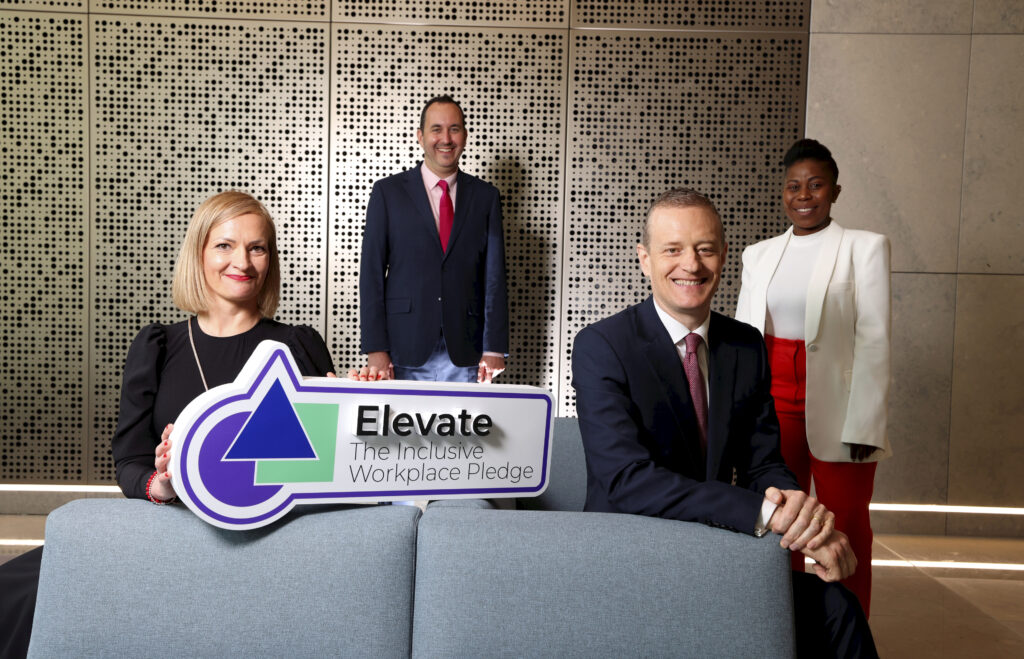 Dublin, Tuesday, 10th May, 2022: The first report into measuring and setting workforce targets for diversity and inclusion has pinpointed higher levels of female participation at senior and executive levels than the national average.

Spearheaded by Business in the Community Ireland, the study involved 50 leading companies employing almost 120,000 people. The companies last year agreed to begin the task of measuring and disclosing on the inclusivity and diversity in its workforce, across gender, age, disability, ethnicity and sexual orientation.

The report relied on data gathered by Elevate Pledge signatory companies which states its businesses and employees will benefit through championing inclusive and diverse workplaces. The report’s authors said data disclosure on gender and age was “very good” while other areas such as ethnicity and disability were at a less advanced stage – a position it believes will change as companies familiarise themselves with the process and create a culture that will allow employees to embrace voluntary disclosures, a current key barrier in measuring diversity.

Workforce entry points at gender level, the report states, at 52% male and 48% female, were as anticipated but women powered ahead of the national average at senior and executive level (pay scales of €75,000 and upwards) compared with the CSO national statistics.

The report indicates the positive impact of Leadership programmes for women: “There are 18 companies where the percentage of women at senior management level is at least 5% points ahead of those at next level Executive/C suite.”

The study states that women fill 30% of top earning posts (€120,000 and upwards). Women are also disproportionately over-represented in the lowest salary bands (less than €26,000).

A focus on gender balance at executive level is not new and very often gender is the starting point for Diversity and Inclusion strategies. The findings support the assertion that what gets measured matters. Most of the Signatories to the Elevate Pledge have introduced gender specific initiatives in a bid to create a better balance. The impact of these programmes is now being experienced at Executive level and there is also a strong pipeline of talent at Senior Manager level.

The report also points to the necessity for business to develop age friendly workplaces which will provide a multi-generational workforce, leading to a diversity of thought, leading to enhanced problem solving.

The report states: “We know the Irish workforce is ageing. Estimates from the CSO indicate there will be about 1.5 million people aged over 65 in Ireland by 2051 (in 2016 the figure was just under 630,000 people). Also, with the qualifying age for the old age pension likely to be pushed out, people are going to be in the workplace longer. Having an understanding of the age profile of the workforce and developing strategies to mitigate risks is going to become increasingly important for employers.”

Business in the Community Ireland (BITCI) worked with their Knowledge Partners, Deloitte Ireland, to produce the report which was launched at its Dublin head office today. Based on data from 50 companies, it will offer a baseline in measuring progress in the years ahead. Successive annual reports will be able to benchmark progress across inclusion and diversity while businesses and companies will be able to learn from each other on how goals were achieved.

Tomás Sercovich, CEO, Business in the Community Ireland, said: “We no longer need to explain why diversity is good for business. The challenge ahead is how to ensure and sustain true inclusion across society, starting with our workplaces. Diversity cannot be taken for granted. This is as much about building a better society as it is about making our businesses more competitive for the future ahead.”

Mr Sercovich added: “While the study is representative of just 50 companies involving 120,000 employees, it points to good news in the increasing representation of women at senior management level. This is real change and one that we hope will be replicated in the other areas which the Elevate report will capture in succeeding years.”

Harry Goddard, CEO, Deloitte Ireland and social inclusion sub-group co-chair said: “The world has seen seismic events in the past two years alone, that have forced us to think more deeply about what we value as a society, elevating the need for business to articulate and undertake its role as a responsible stakeholder. We’re proud to be part of the first Elevate Pledge report, making a commitment to clear and measurable targets to improve inclusion, holding ourselves accountable and continuing to make an impact where it matters the most.”

Sinead Patton, Subgroup Cochair and Chief Financial and Commercial Officer and Northern Ireland Regional Director at Veolia, commented: “The report is a key  first step in building a data profile to understand the true nature of diversity in Irish workplaces. It is important to be able to know where we are at, to understand the barriers to inclusion, so that we can set about removing them. This can be achieved through cross-sector and cross-community collaboration and conversation, as facilitated through the Elevate Pledge. This is not just important for business but for society as a whole.”

At today’s event it was also announced that BITCI was adding to its portfolio of employment programmes supporting marginalised people into employment by launching its new Traveller programme, funded by The Community Foundation for Ireland.

Download a copy of the Elevate Pledge Inaugural report

The Elevate Pledge signatories featured in the report are:

Business in the Community Ireland (BITCI) is a movement for sustainable change in business. Their purpose is to inspire and enable businesses to bring about a sustainable, low carbon economy and a more inclusive society where everyone thrives. They work as strategic advisors with some of Ireland’s largest businesses to assist them achieve their social and environmental sustainability ambitions.

The Elevate Pledge was first launched in 2021 and its aim is to support businesses to build more inclusive workplaces. The ultimate ambition of this initiative is for a workforce that is representative of all members of Irish society.