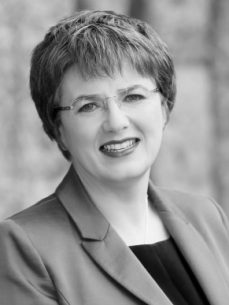 Sodexo Ireland delivers on-site catering and FM services dedicated to improving the quality of life in the workplace for clients in business, industry, education, healthcare and government services.  Margot joined the company in the early 90s and became country president in 2015. She has corporate governance and directorial responsibility for all its operations in Ireland and Northern Ireland, where it employs 3,700 people with a turnover of €118m in 2016. Margot was appointed Global Chief Diversity Officer of Sodexo in September 2019.

Margot has appeared on the OUTstanding/Financial Times’ list of Top 100 LGBT Business Leaders for three years running. In June 2017, for her work in supporting diversity and inclusion and women in business, she was made a Chevalier de l’Ordre National du Mérite by the then French Ambassador to Ireland. Outside Sodexo, Margot is chair of the OUTstanding Ireland Steering Committee and a board member of Out and Equal Workplace Advocates.

Margot is a member of the Leaders’ Group on Sustainability and she joined the board of Business in the Community Ireland in 2018.