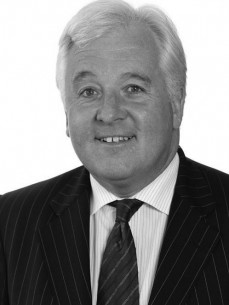 John is non executive Chairman of Cairn Homes plc and a non executive director of Computershare Services Ireland Ltd . John was Chief Executive of KBC Bank Ireland plc from 2009 until 2013 and during that time he was also President of the Irish Banking Federation.

A graduate of TCD and UCD his executive career comprised 33 years in banking , initially with the state owned SME bank ,ICC ,and subsequently with KBC .