What is at stake in Madrid? 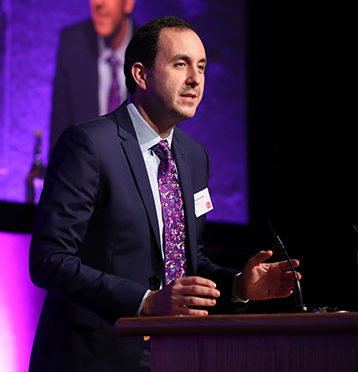 As world leaders, civil society and businesses head to COP25, it is critical to reflect on the background for these negotiations and what we can expect from Madrid in trying to agree on a credible roadmap for net zero.

We still remember the words of David Attenborough at COP24: “If we don’t take action, the collapse of our civilisations and the extinction of much of the natural world is on the horizon.”

A triad of critical reports have set the scene on the rate of change we face:

These stark warnings reverberated through societies, motivating movements like Greta Thunberg’s Fridays for Future climate strike with over 7 million people taking the streets in 150 countries.

The European Parliament elections in May reflected this sentiment with a “green wave” of votes surging across most countries. Ireland adopted an All of Government Climate Action plan and the reality of climate change and a just transition became more than theory with the closing of peat powered generating stations and the re-organisation of Bord na Móna’s business model.

Bold announcements were made by mostly large companies on commitments to net zero emissions by 2050; sectoral decarbonisation pathways or significant investments into the low carbon technologies needed for this transition.

While environmental awareness continues to rise, our emissions continued to rise again in 2018[4].

1) Against this backdrop, the world will gather in Madrid for the next two weeks with the mandate to deliver on some fundamental issues:Raising the level of ambition of countries: the NDCs – Nationally Determined Contributions submitted by signatories of the Paris Agreement are not enough to remain within the 1.5 degrees of global warming and the Chilean Presidency of COP25 will seek to obtain significant commitments to further emission reductions from countries. With the US having officially abandoned the Paris Agreement, the eyes will be on the EU, China, Russia, Japan and other major emitters seeking leadership and consensus.

2) Agreement on carbon pricing: effective rules to implement carbon markets are needed to ensure that an appropriate price on carbon is adopted in order to force a steady pace of progress in the transition to low carbon economies.

3) Climate finance: deep decarbonisation will require significant investments. The just transition needed in critical sectors (peat and coal industries) or the technologies needed in developing countries must be externally financed and more ambitious commitments will be needed in this space.

COP25 has to deliver consensus on a pathway with a very limited timeframe. Fundamental change will be needed by 2030 if we want to reverse some of the significant damage already made.

Business will play a key role at COP25, exposing their ambitions for net zero emissions in their industries, engaging in supporting employees and communities in a just transition and facilitating climate finance to meet the ambition of governments.

Business must demonstrate that their models are future fit for the low carbon economy and must use their collective voice to call on for more concrete action.

At Business in the Community Ireland we believe that strong leadership and collaboration is key in advancing the sustainability agenda, transition to the low carbon economy and create an inclusive society where everyone thrives. Our Leaders’ Group on Sustainability is a coalition of Ireland’s leading organisations that is striving to improve the sustainability of the Irish business sector through sharing best practice and creating new ways of doing business. Learn more about the Leaders’ Group and their focus areas including the Low Carbon Pledge.