Ricoh’s CSR journey over the past year

It has been quite the year for Ricoh Ireland, and we don’t just mean in the business sense! In case you didn’t know it already, we take our CSR efforts very seriously and the last 12 months has been another defining year for the company in terms of giving back to society.

While some companies see CSR as something that can be moved down on their list of priorities, it’s at the forefront of everything we do, and we believe that it’s critical in terms of attracting and retaining the right people for Ricoh Ireland.

Proving just how seriously we take it, we received our second Business Working Responsibly Mark from Business in the Community Ireland (BITCI) in October 2016, an achievement which we are immensely proud of and reflects the effort put in by our employees.

After all, our CSR activity is dependent on our staff and we have found that helping those less fortunate and taking care of the planet not only boosts efficiency in the workplace, but increases employee engagement and motivation levels.

To celebrate this, we’re looking back at the events and activities that help us achieve such recognition in what can only be described as a very worthwhile area. 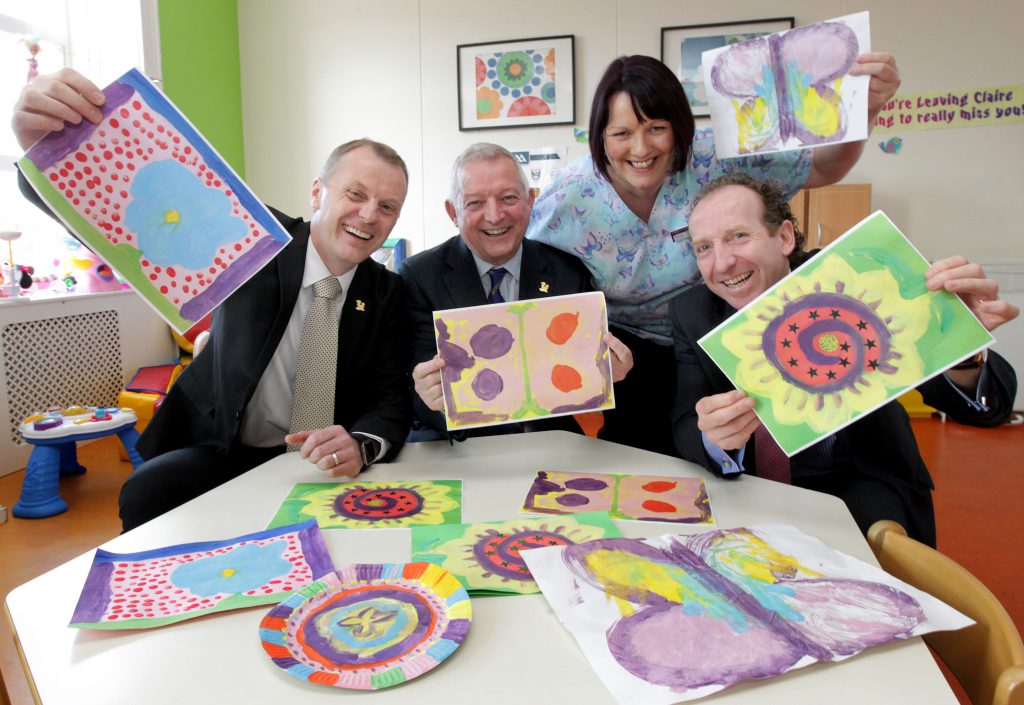 Helping Those in Need

We have really ramped up our CSR efforts over the past 12 months and it all started last December with a little festive joy. Donning some rather loud Christmas jumpers, a group of Ricoh Ireland colleagues headed to LauraLynn, Ireland’s Children’s Hospice, to help them decorate the units and community areas. From painting windows to hanging stockings, it was a fantastic day and we were able to bring a little Christmas cheer to the kids and their families.

As our staff-nominated charity, we also hosted the Vincent Kenny Memorial Golf Tournament to raise money for LauraLynn, which provides care for kids with life limiting conditions. While we won’t say too much about the putting abilities on the day, we will say that the €650 worth of personal donations from Ricoh partners put a smile on our faces.

Fortunately, this isn’t the only cause that we’ve had the privilege of getting involved in. Earlier this year, we donated print and document management devices worth more than €175,000 to Temple Street Children’s University Hospital, allowing the staff to work more effectively and save money, to then redistribute towards much-needed medical devices and equipment. (Thanks again to Amgen and Cargocare for helping make this happen.)

We also provided €30,000 worth of equipment and managed services to FoodCloud, an organisation which shares our commitment to sustainability. This social enterprise donates surplus food to almost 6,000 charities and community groups across Ireland the UK before it becomes waste. Since inception, they have redistributed more than 20 million meals, not only reducing food waste but benefiting the environment.

Speaking of the environment, a highlight of the summer for us was doing our bit for Ricoh Global Eco Action 2017, which ties in with our aim to be an environmentally-friendly company and promote sustainability. On a local level, Ricoh Ireland got in on the green fun by shutting off half the power in our Dublin HQ for one day. As we all know, it can be the small things that make a real difference.

Inspiring the Next Generation

CSR isn’t just about fundraising and donating however, it’s about contributing to society as a whole and a core element of our strategy in this area is partaking in the BITCI’s work placement programme, which offers jobseekers an opportunity to gain work experience. While candidates usually come to work at Ricoh Ireland for two to four weeks, Suzanne Fahy broke the mould this year. We were so impressed with her work ethic and diligence that we asked her to join the company in a part-time position. Thankfully, she said yes and we ended up getting as much out of the programme as she did… if not more!

Ricoh Ireland is also involved in the Skills@Work scheme run by BITCI, the aim of which is to introduce post-primary school students to the professional world and for the past two years, we’ve partnered with St. Kevin’s College, a community school in Ballygall, Dublin. Thirteen students in total joined us to get an insight into the different technologies that we provide and participate in a series of workshops. We truly can’t wait to see what the future holds for them.

Who knows? Perhaps we might find them walking into our HQ in Airside Business Park, Swords, which opened back in March. As well as a brand new collaborative office space, this milestone also saw the creation of 110 jobs and a €6.5 million investment in the Irish market.

But it’s not only on home soil that Ricoh Ireland aims to help. September saw 17 of our employees join more than 400 Ricoh EMEA employees for a two-day football tournament in Salou, Spain, as part of our ‘imagine change Challenge’ campaign. As well as bringing together the European OpCos, it resulted in 1,155 trees being planted as part of the ‘Plant a Tree for Africa’ project.

Of course, we are incredibly lucky to get the opportunity to visit wonderful places and meet amazing people. While we don’t do it for a pat on the back, receiving the Business Working Responsibly Mark from the BITCI brings our staff together in a very positive and engaged way. It also provides us with a cohesive framework for our CSR and sustainability goals.

We are very much looking forward to the next step of the journey, including attending the tenth annual CEO Forum taking place on November 15th in Dublin Castle. It’s a fantastic opportunity to meet, share ideas and be inspired by like-minded organisations.