What is Modern Slavery? As a business, why should I be concerned?

When people hear the word ‘Slavery’ they associate it with terrible practices that happened a long time ago in locations far away.

Thinking a bit more, they might associate it with terrible practices that continue to happen, but in locations far away.

Most people don’t realise that modern slavery is something that is happening right now, right here in Ireland, in urban and rural locations where people are being forced to work inhuman hours for low, if any pay, deprived of sleep, often hungry and living in cramped, unsavoury accommodation.

This might be a difficult fact to digest but it’s true.

‘Modern Slavery’ is the term used to describe slavery, labour exploitation, forced labour and human trafficking. ‘Human Trafficking’ is the recruitment, transfer or obtaining an individual through fraud, abduction or force. Human Trafficking is the fastest growing form of international crime and the third largest criminal industry after drugs and arms trafficking.

The 2018 Global Slavery Index estimates over 40.3 million people worldwide are enslaved in some way – 71% are women. Within these figures, 8000 people are estimated to be held as Modern-Day Slaves in Ireland (and 136,000 in the UK) but it’s very likely these figures are higher because cases are difficult to detect. Earlier this month, the International Labour Organisation[1] (ILO) estimates 50 million people, or one in every 150 people alive, are trapped in forced labour or forced marriage – an increase of nearly 10 million in five years.

In Ireland, high-risk sectors for modern slavery include Agriculture, Food Processing and Construction.  These sectors are high-risk because they rely heavily on temporary labour at peak times of the year and it is migrant workers, seasonal workers and refugees who are most vulnerable to exploitation.

Other high-risk sectors are Apparel (for the sourcing of Uniforms worn by your security staff or T-Shirts worn by staff for volunteer days) and Facilities Management, on account of their use of Recruitment Agencies by Sub-Contractors in the areas of Catering, Cleaning, Security & Maintenance. Modern Slavery is particularly common in Ireland in the sourcing and packing of fresh produce, fruit and vegetables, meat and fish.

Documented cases in Ireland of private sector modern slavery include that of migrant workers in 2006 employed picking mushrooms were found to be paid well below the minimum wage, forced to work up to 16 hours per day with no overtime, seven days every week. In March 2022, the Workplace Relations Commission ordered the owner of a Tipperary mushroom farm to pay a female Romanian Mushroom Picker €15,000 in compensation for failing to pay her the minimum wage for an 80-hour week. This woman was working 15-hour days but getting paid for less than half of them.

The rise of Debt Bondage

A major cause of modern slavery, forced labour and exploitation found in Irish company operations and supply chains (and it might be at Tiers 3 or 4 of your supply chain) is the charging of recruitment fees to migrant workers, seasonal workers and workers recruited through labour providers.

Unscrupulous recruiters and human trafficking networks pose as legitimate temporary work agencies and they sell the promise of a job, a visa and a better life. Desperate migrants take out a loan to pay these work agencies, to pay recruitment fees, accommodation expenses and travel costs.

Once the migrants arrive in Ireland, the recruiters get them to set-up a bank account, but the recruiter retains the migrant’s bank card, their passport and the vast majority of their wages, paying them only a miniscule amount each week to live on as pay-back for the job, daily travel expenses and usually extremely unsavoury accommodation.

In most cases, the migrants recruited don’t speak English, they don’t know their rights, they often don’t know they have employment rights because they are repeatedly fed mis-information, threatened with violence and told by their recruiter that if they don’t comply with the situation, they’ll be deported to their home country.

This practice is known as Debt Bondage. It is a frightening example of hidden labour exploitation and it is getting increasingly more common.

How You Do Business Matters

You do not want the food served in your on-site canteen, or the people preparing it, to be in any way connected to a situation involving debt bondage, forced labour or modern slavery.

The same is true for the people providing security and maintenance for your firm, cleaning your floors, constructing your new building or making the uniforms and other apparel used by the business.

It behoves companies everywhere to examine their existing values and commitments and to put in place the practices and people-centred risk-based investigations necessary to ensure these commitments are being upheld, both in their operations and their chains of supply.

Another reason to be concerned about modern slavery is the proposed EU Corporate Sustainability Due Diligence Directive – the CSDDD (or ‘CS Triple D’). Announced on February 23, 2022, this proposed EU Directive is seeking to improve corporate governance around the mitigation of risk, for both human rights and the environment.

If you are a supplier or a business partner of a company within scope, this proposed Directive is relevant for you too on account of the quality of due diligence that will be required.

Are the CSDDD and the proposed Corporate Sustainability Reporting Directive (the CSRD) connected?

For both the CSDDD and the CSRD, applicable companies will be required to integrate social and environmental sustainability into their corporate governance and management systems. Business decisions will have to be framed in terms of their impact on human rights, climate and environment, as well as the company’s longer-term resilience.

For both the CSRD and the CSDDD, companies will have to publicly communicate their human rights and environmental due diligence (or risk management) practices.

By requiring companies to identify their adverse human rights and environmental impact risks in all their operations and their value chains, the CSDDD is seeking to ensure that investors have the requisite information to allocate capital to companies who are socially, environmentally and financially sustainable.

How will the CSDDD be enforceable by EU member states?

Significant about the CSDDD is that upon ratification of the legislation, member states will be required to designate an authority to ensure effective enforcement and adapt their own rules on civil liability to cover cases where damage results from ‘the failure of a company to comply with due diligence obligations’ and ensure victims have access to justice and compensation.

On a practical level, what is the EU expecting from business on Human Rights?

Companies for whom the Directive will apply will require a:

What is meant by ‘Conducting Human Rights Due Diligence’?

Conducting ‘Human Rights Due Diligence’ is about identifying and managing key risks as they pertain to the infringement of human rights and the mitigation of modern slavery. It means taking the steps necessary to ensure the company is not involved in human rights infringements, either through its direct actions, or indirectly, through the actions of suppliers, sub-contractors, recruitment agencies, business relationships, subsidiaries and investments.

Key steps in Conducting Human Rights Due Diligence include:

An update from the EU on the proposed CSDDD is expected in Q4 2022. Our advice to you and your company: Do not wait for legislation! It’s vital your company acts now to ensure it’s not complicit in modern slavery.

Further information on the proposed Corporate Sustainability Due Diligence Directive and how to start preparing for it from an environmental perspective is available from Aoife Gillen, BITCI Low Carbon Pledge Lead and Sustainability Advisor. Email: agillen@bitc.ie 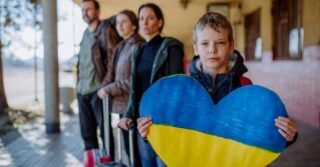 Today the Community Foundation for Ireland, together with a coalition of Irelands leading media organisations, launched the nationwide fundraising campaign ‘Ireland for Ukraine’. Unprecedented in Irish History, ‘Ireland for Ukraine’ sees over 20 media organisations nationwide come together in a united response to provide critical supports to those affected by the war in Ukraine. A 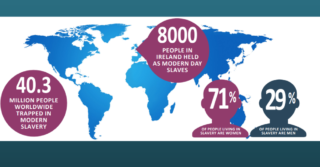 Business & Human Rights in Ireland, What You Need to Know

Darina Eades, Senior Adviser on Corporate Sustainability, supports companies to integrate social and environmental sustainability into the core of their business strategies. She is our BITCI Expert on Business & Human Rights and recently spoke at our Sustainability Revolution event. Following on from the recent publication of  How to Mitigate the risk of Modern Slavery , in this article Darina covers: 1) Why business action is 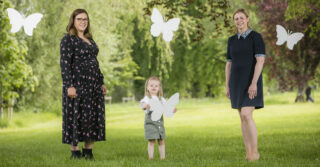 Family retailer will offer three days at full pay to all employees, regardless of gender, including those with a surrogate mother affected by an early pregnancy loss & miscarriage Lidl Ireland is set to become the first company across the island of Ireland to update its Compassionate Leave Policy to reflect the inclusion of three 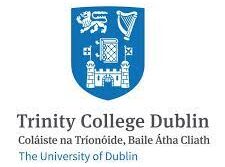 What Irish businesses need to know about human rights