This year’s 27th Conference of the Parties or COP27 was delayed from both commencing and concluding due to deliberations on climate compensation for developing countries for losses and damage caused by the climate crisis.

The longstanding environmental principle of the polluter pays was at the forefront at this year’s COP, but at what cost?

Since COP26 climate change has continued to ravage vulnerable countries and populations. For many, adaptation is no longer an option and compensation is the last resort. Such countries are only responsible for 4% of the climate change we see today. However, these countries are disproportionately suffering the most extreme negative impacts.

In this COP we finally see a historic agreement to establish a fund to compensate developing countries for losses and damage caused by the climate crisis. Interestingly, the language used in the final agreement calls for the funds to come from a variety of existing sources, including financial institutions, rather than relying on rich nations to pay in. This COP succeeded in developing the funding model, but it will be a few years before we see the fund in operation. Do these countries have this time to wait?

If the loss and damage fund was the winner this year, then mitigation was undoubtedly the loser. In Glasgow last year, parties struggled to keep the goal of limiting global warming to 1.5°C alive. This year, only a minuscule number of Countries updated their climate targets before the summit and some Countries were trying to backtrack on last year’s commitments. Repetition of the COP26 text without additional ambition around phasing out fossil fuels, progressive annual reduction targets and peaking emissions by 2025 further weakened the outcome of COP27.

Alok Sharma, the COP26 president, made his thoughts abundantly clear on this year’s outcome:

“Emissions peaking before 2025, as the science tells us is necessary. Not in this text,

Clear follow-through on the phase down of coal? Not in this text.

A clear commitment to phase out all fossil fuels? Not in this text.” he spoke.

Rapid and deep global emission cuts were not addressed at COP27, an irony not lost on many activists, youths, and progressive leaders all calling for more. Adaptation and mitigation must go hand in hand for an equitable climate crisis response. Still, the focus was very much on the reactive stance, as opposed to the proactive and preventative solutions we can still implement.

Ireland’s Minister for the Environment and EU lead negotiator Eamon Ryan put this in context by stating:

“Without mitigation, the more adaptation we have to do, and the more Loss and Damage will cost. We have to keep 1.5 alive to keep people alive.”

Nature’s response to the climate crisis demonstrates that we cannot continue to burn fossil fuels without further consequences, so where do we go from here?

Over the coming weeks, Ireland will publish its updated Climate Action Plan. Minister Ryan has said this year’s plan will deliver the scale of change needed to tackle the crisis. We expect and hope that the plan will include more ambitious targets alongside tangible measures that businesses and society can adopt to fight climate change.

At Business in the Community Ireland, recent strategic research into the current state and future vision for sustainability among Irish businesses highlight that the goal is clear: we need a 50% reduction in GHGs (greenhouse gases) by 2030 and zero emissions by 2050, if not sooner!

This research provides some reassurance that there is unanimity amongst BITCI (Business in the Community Ireland) members that we must reduce greenhouse gas (GHG) emissions rapidly so how can we close the implementation gap to address climate change mitigation?

BITCI focuses on the collective and COP27 underlines that now more than ever, we need the collective to act as one in our fight against the climate crisis. The Low Carbon Pledge will continue to promote ambition and support for signatories.

Last but certainly not least, we must look to the upcoming COP15 (Convention on Biological Diversity) and embrace the nexus that exists between climate and nature if we are truly going to deal with both emergencies. It is time for governments to fully recognise nature’s role as a key climate solution and agree to an ambitious Global Biodiversity Framework at COP15.

For more information on the work of Business in the Community Ireland on Low Carbon contact Aoife Gillen, Senior Adviser Aoife Gillen agillen@bitc.ie

BITCI are the Irish partner for Business for Nature and support our members to move towards nature positive ways of working. The Business for Nature ‘Make it Mandatory’ campaign is a call to Heads of State and negotiators at the UN Biodiversity COP15 to make assessment and disclosure on nature mandatory. The campaign is spearheaded by businesses and financial institutions who are leading on sustainability – and are now asking governments to step in and formalise the reporting structures necessary to underpin the strategic systemic change so urgently needed. 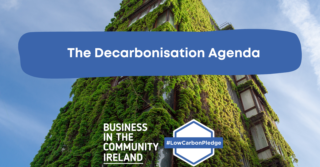 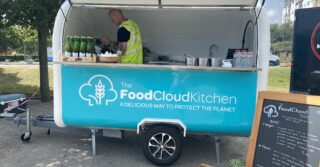