Musgrave plans for the long term

Musgrave Group’s corporate values are so simple a child can understand them. It’s why they are so effective. One of Ireland’s largest and most successful companies, the family owned business was founded in 1876, has a turnover of Euro 4.5 billion, supports more than 3,600 stores and operates nine brands – including SuperValu, Centra and Daybreak – across three countries.

This entire operation is built on a platform of five simple values clearly stated; the development of long term, stable relationships; honesty; hard work; achievement and ‘not being greedy’.

Far from being lip service, they are put into practice daily. For example, in 2008, at the start of the recession, management took the decision to reduce profits by Euro 20m in order to support its independent store owners. The vast majority of these are, like Musgraves, family owned.

“It’s the difference between having to make short term decisions with a view to a quarterly statement and planning for the long term,” said Group CEO Chris Martin. “At Musgrave, we plan for the long term.”

Corporate social responsibility is “fundamental” to this. “For us CSR is about having clear values and a clear way of working that is responsible and sustainable. It’s about doing the right thing and it sits at the heart of our business.” 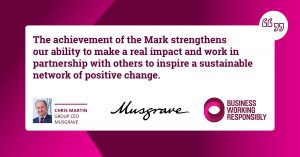 There is a compelling business case for this. “If we are living our values by focusing on CSR then clearly there is a financial benefit in cost terms in relation to things like energy usage or waste management but it goes beyond that to feed into how consumers respond to your brand too,” said Martin.

In these days of social media, that’s more important than ever.

“Every aspect of what you do is open to scrutiny now and so businesses really have to walk the talk in, not just talk it. You have to be honest and you have to ensure that you create benefit for everyone – supplier, retailer and consumer. Any business that gets that wrong will struggle to have a long term future.”

One effective way of communicating Musgrave’s core values has been achieving the Business in the Community’s Business Working Responsibly Mark.

“It shows we don’t just talk the talk in relation to sustainability, we walk it,” he said.

“It’s about being a good neighbour. We know that the money that goes through our local retailers goes back into the community, via the local accountant or the local builder.  The importance of supporting  those local communities was for us proved in the fire of recession. When others were cutting costs, we invested in our brand and focused on the things that really mattered. SuperValu’s performance reflected that. The values we have held for 176 years helped steer our business through some very tough times.”

And not just recently either. “During the post war years Musgraves was a well known tea blender at a time when tea was highly scarce,” , said Musgrave Group Head of Sustainability John Curran.

“Tea merchants could command any price they liked, such was the demand. But Musgrave chose not to do that. Instead it continued to give tea to all its retailers on the same pro rata amount as it always had, to ensure nobody lost out and everybody shared.”

For Curran the fact that Musgrave has for years had a head of sustainability speaks volumes.

“Often CSR and sustainability are fitted into marketing or PR departments. With Musgrave it sits within the commercial team. It’s part of strategy and long term business planning.”

Sustainability has however, to be sustainable. “It’s not just a nice thing to do. It has a bottom line of its own to bring because you can’t just keep doing something that costs you money,” he said.

For Musgrave there are consumer benefits. “The big challenge for us is being in a crowded market, where everybody is talking about price. The way we differentiate ourselves is via our approach to community. That’s everything from supporting community initiatives to sourcing produce locally, to helping to nurture small producers so that they can take advantage of our network.”

Such actions bring employee engagement benefits too. “We get the cream of the crop on our graduate training programmes and when we ask them why they chose Musgraves, they very often tell us it’s because they like our ethical and sustainability reputation.”

Working towards the Business Working Responsibly mark helped Curran measure the full extent of the Group’s CSR activities and their impact.

“There is an awful lot of noise out there about what other businesses are doing in relation to CSR. It can leave you wondering if you are making the right decisions, or should you be challenging yourself in other ways. Are we really as good as we think we are, and what, in this space, does good look like anyway? I wanted to know where we stood on that continuum and the Mark gave me those answers.”

Not all awards are equal, he points out.

“In our case, we had won so many awards we were suffering from award fatigue. Accolades can lose their gloss. We decided that going for the Mark was a more robust way of doing things because it’s not a beauty pageant. It’s about being audited, grilled and challenged. It helps with those areas you are not clear on, or good on. And it’s a gap analysis that has given me a clear view of the things I need to work on over the coming years.”

Find out more about the Business Working Responsibly mark. 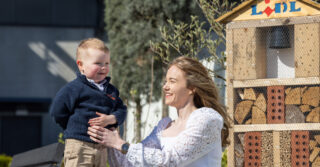 Lidl Ireland is set to become one of the first major retailers across the island of Ireland to update its paid leave policy and fertility support programme to reflect the inclusion of two days at full pay, per cycle, for employees undergoing egg freezing and IVF. The new policy extends to all of the retailer’s 6,000 employees 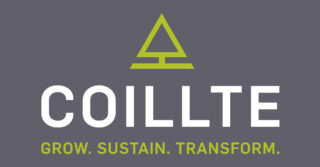 Coillte, the semi-state forestry company, announced a new forestry strategic vision which aims to deliver multiple benefits from its forests and bring more focus to climate action, setting ambitious new targets on biodiversity and recreation, while continuing to deliver for the forest and wood products industry.  The new approach aims to sustainably balance and deliver 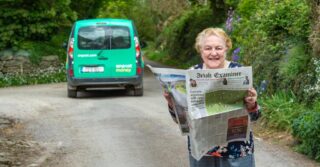 An Post and their first Business Working Responsibly Mark achievement

An Post is deeply rooted in the Irish economy and local communities.  Their responsibility is to think about and plan for the future and ensure that they leave a positive mark in order to ensure a better world for future generations. That is reflected in our Purpose: “to act for the common good and to 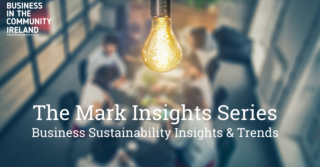 How Ethical, Social and Environmental goals are embedded into business value chains

The Business Working Responsibly mark Insights Series Welcome to our  final article in our series of insights and trends from the 40 Business Working Responsibly Mark certified organisations. While the insights are gleaned from all certified organisations, particular attention is focused on the most recent trends from the current cohort. Our last topic is the Marketplace pillar.   The Marketplace pillar reflects how