What was your background previously? How did you enter the CSR field?

I first came across the Vodafone Foundation in the UK while working in the Marketing Department. I had organized a fundraiser for Macmillan Cancer Care in the UK and was delighted to learn that my company would match the money I had raised allowing me to give a cheque for double the amount to Macmillan Cancer Care. I thought it was very special that Vodafone offers this to all employees. After moving to Ireland with Vodafone Group in 2009, the role in the Foundation became available and I immediately knew that was what I wanted to do.

How has the sustainability/CSR programme evolved at your company?

It has been an amazing journey, when I first joined we were spreading our limited budget between lots of charities and so the impact was good but not sustainable, with some great support from the CEO and Directors I implemented a new strategy to focus on one issue facing Irish society (disempowered youth) and then focused all our efforts with one charity to have a sustainable impact, which we did with Young Social Innovators for 3 years. We managed to over achieve on our three key objectives and as the senior leadership team saw the impact we were having and how important doing the right thing is to our customers, the support and focus on the area increased.

What are the challenges you encounter in driving the sustainability agenda and how do you stay inspired?

We have a big responsibility to focus our efforts in the area that can drive most impact. We now know what we have to offer (finance, brand, technology and employees) and there are so many deserving causes in Ireland so chosing between them is always the toughest decisions to make. Other major funders such as Atlantic Philanthropy and the One Foundation leaving the market place has also meant that more and more charities are approaching us for help. Having a clear strategy of which areas we can help has helped the decisions become easier.

What is your biggest accomplishment or learning so far?

This week we launched an initiative to help combat cyberbullying, led by Vodafone Group and rolled out across 11 markets. We were very pleased to be involved as have seen the increase in cyberbullying with the digital revolution across the last decade changing the way young people interact with each other. We have also witnessed the devastating effects of cyberbullying on young people through our partnership with YSI. We held an event in the College of Physicians where we unveiled the research which had been completed with YouGov and proved our fears right, that cyberbullying is a huge issue in Ireland, 27% of the young people surveyed had personally been effected by cyberbullying and a quarter of those had had suicidal thoughts as a result. The Minister for Education, Jan O’Sullivan, the CEO of Childline, Grainia Long and psychologist David Coleman all spoke at the event and we have received a very positive reaction from the media and the public around the initiative. We are committed to working in this area for the forseeable future and feel initiatives such as the emojis that we launched, that children can use online and on their mobile phones, to show solidarity for others suffering cyberbullying will really help. We know bullying will continue but if we can empower young people to become resilient to the damaging effects we feel we can have a positive impact on the issue.

What is your motto in life?

Start where you are, do what you can, be who you are. Anything is possible.

What would a perfect day entail for you ?

Being with my family, walking the dog on a clear skied beach in Ireland 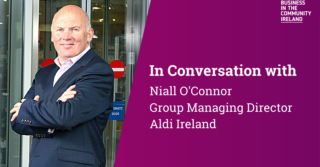 In Conversation with Niall O’Connor, Aldi 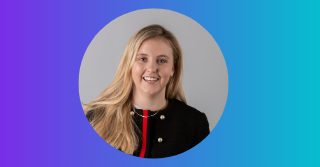 Our In Conversation Series is back this October with Riona Gilroy, Business Development Manager at College Proteins. College Group is Ireland’s largest rendering company, they lead the way in innovative rendering practices with a team of over a hundred dynamic and highly skilled professionals. Please describe your role and responsibilities and how many years you have 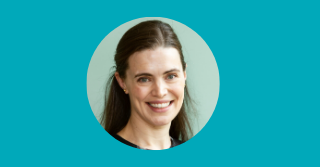 Get to know Suzanne Johnston, the CSR Stakeholder Manager at Ulster Bank. Suzanne’s role is to drive the bank’s CSR agenda and manage their community programmes, engaging internally with colleagues across branches and offices, and externally with a range of stakeholders. Suzanne has been with Ulster Bank since November 2018. 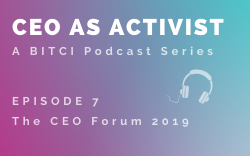 In Conversation with Caroline Casey founder of 500 Valuable

On November 13th at the 12th annual CEO Breakfast Forum our Head of Marketing Moira Horgan discussed the topic of diversity and inclusion in the workplace with an inspiring and straight-talking Caroline Casey, the founder of the Valuable 500.  Caroline is on a mission to get 500 of the biggest brands on board to put