As Bord na Móna transitions away from peat extraction for energy, the company is changing the way it uses its land in order to contribute towards a sustainable future. As guardians of an extensive land holding – approximately 80,000 hectares located mainly in the Irish Midlands – the company’s goal is to generate commercial, environmental and social value. This will entail a comprehensive rehabilitation programme once peat extraction ceases and the development of extensive areas for biodiversity and amenity, as well as renewable energy and other niche opportunity projects.

Bord na Móna developed its first Biodiversity Action Plan in 2010 to bring together its biodiversity activities and set out strategic objectives over a six year period. The Plan outlined a number of actions to survey and identify potential biodiversity areas, develop rehabilitation plans for all Bord na Móna bogs, to raise awareness and encourage greater appreciation of their biodiversity and natural heritage. 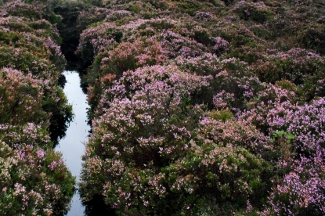 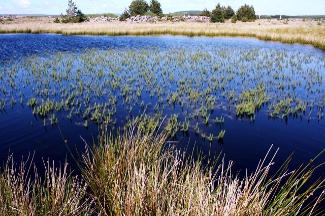 In 2015, the company drafted its second Biodiversity Action Plan and invited a wide variety of stakeholders to engage with and comment on the revision, which will be implemented in 2016. This next plan builds on the achievements of the original (such as baseline ecology maps for all bog areas established and updated annually, 1,000 ha of raised bog restored) with new actions added reflecting increasing knowledge and experience.

Bord na Móna’s Biodiversity Action Plan frames biodiversity as something of value, rather than a cost