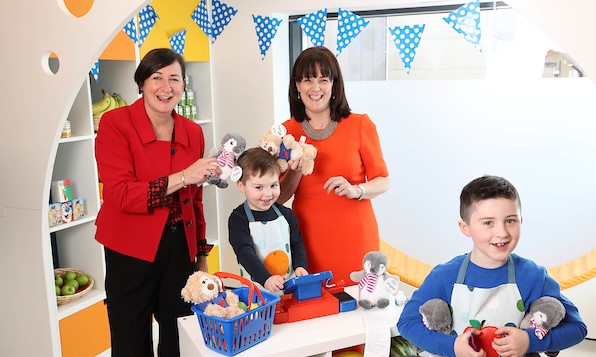 Overview of the Programme

The Tesco Ireland Charity Partner Programme, which started in 2001, gives our colleagues and customers the chance to pool their strengths and support a cause that is close to their hearts.

In October 2014, we chose Temple Street Children’s Hospital as our new Charity Partner, following a selection process guided by Tesco colleagues nationwide. Since then, it has grown to become one of the largest fundraising achievements in the private sector in Ireland.

With over 147,000 children being treated in the hospital each year, there are very few people who have not been touched by the amazing support Temple Street provides to children of all ages. Giving back to the communities we operate in is a key objective for Tesco Ireland and this partnership enables us to support individuals and families nationwide who have been affected by their child, relative or friend needing to visit Temple Street for treatment.

Tesco Ireland chose Temple Street Children’s Hospital as our new Charity Partner in 2014, so the partnership has already been in operation for five successful years. The charity partnership sees the funds raised by Tesco colleagues, customers and Temple Street supporters used specifically to help the children’s hospital to purchase life-saving medical equipment for its patients. This approach was developed in partnership with Temple Street, and so far the funds raised have helped to purchase over 270 pieces of vital equipment for patients.

In February 2020, we announced that we are extending our partnership with the hospital for one further year, with the aim of raising an additional €1 million to continue with the ambition of purchasing much-needed equipment to aid the treatment of sick children.

The Impact of the Programme

This charity partnership has inspired and motivated our colleagues and customers to pool their strengths in support of a cause that is close to all of our hearts.  Our 13,000 colleagues across the country have passionately rolled out a dedicated programme of fundraising initiatives over the past five years. This included the Great Irish Bake for Temple Street, in-store face-painting and activity days, and Halloween parties in aid of Trick or Treat for Temple Street.  The fundraising initiatives were fully colleague led and customer supported.

The funds raised to date have helped the hospital to buy over 270 pieces of vital equipment for patients – including ultrasound scanners, patient monitors and respiratory equipment – and we’re delighted to extend our partnership for another year to continue to raise these vital funds. 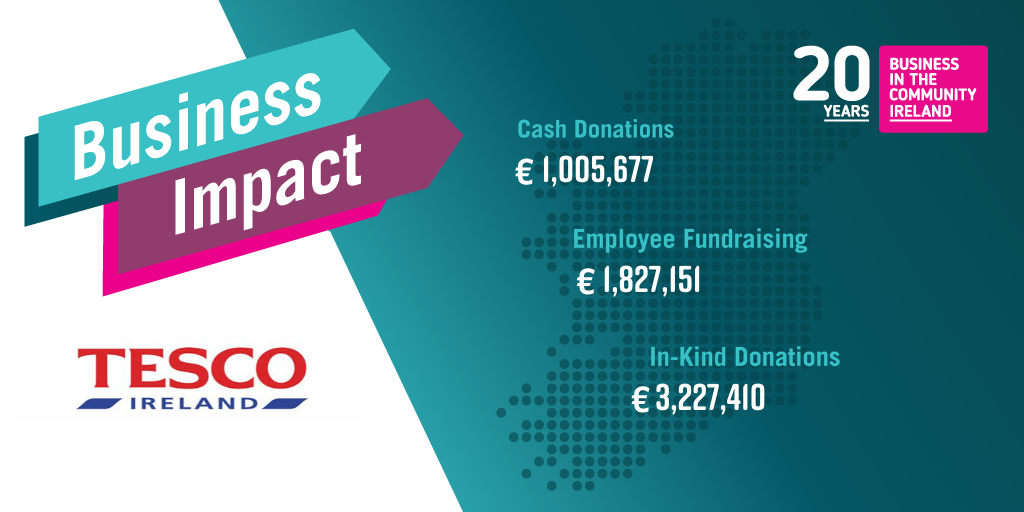 Tesco Ireland provided €1,005,677 in cash donations; €3,227,410 was contributed through in-kind donations and €1,827,151 was raised through employee fundraising for local groups and projects during the year.

Back to Business Impact Map