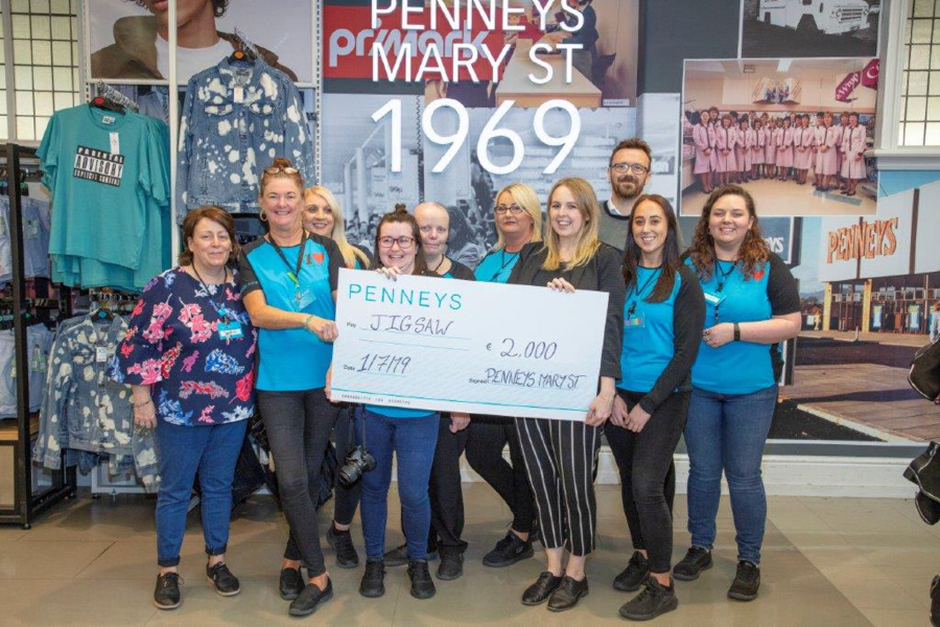 Overview of the Programme

Step up was created by Penneys to encourage everyone to play an active role in their local communities. The partnership was created for Penneys retail staff to give back and make a difference in the lives of those who need it most by working with their chosen charities. We believe that putting structure on our giving system, by stores choosing a specific charity to support, makes a greater impact. Although this was Penneys first year running the Step Up programme, this initiative will now run annually in all stores across the business. Every store across the country got involved in some way by choosing a charity partner that would receive a direct donation from Penneys while employees also hosted their own fundraising events in stores to raise additional funds. After a successful first year, the vision of giving back to the community remains the same.

All of our retail stores decide which local charity they would like to support, making the decision meaningful as they can directly see the impact their volunteering efforts and donations are making. Over the year, retail employees are encouraged to engage with their charity partners by teaming up together to host fundraising events and raise awareness.  Strong relationships are formed with the charities and, with each year of the partnership, this bond grows further. Stores are encouraged to maintain the same partnership each year in order to make the largest impact they can for the community partners or on the social issue being addressed. The Step Up scheme is now a permanent initiative implemented in all stores in the country and will continue to help local charities raise awareness and much needed funds for years to come.

The Impact of the Programme

Charitable giving has long been at the heart of Penneys and we’re proud of the successful relationships that have been built over the years with our Irish charity partners. Over 50% of the charities and community groups chosen by the Penneys retail teams support children, including Barretstown, iCan and Rainbows and we are proud to see our colleagues live out one of our core values through Step Up, taking care of people. Other social issues helped by the partnerships include community development, health (particularly mental health), and education. In addition to raising over €200,000 through Step Up, Penney’s collaboration with The Late Late Toy Show raised €75,000 for children’s hospital foundations at Temple Street, Crumlin and Tallaght. In February 2019, we invited customers across all Irish stores to donate 50c or more to the ISPCC Childline service where more than €114,000 was raised in a single week. 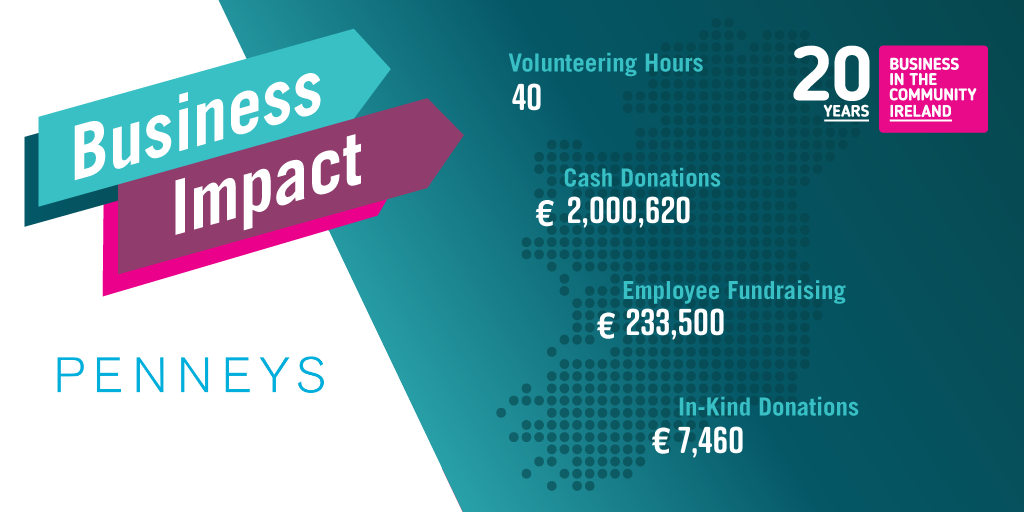 Penneys provided €2,000,620 in cash donations; €7,460 was contributed through in-kind donations and €233,500 was raised through employee fundraising. Employees also volunteered 40 hours to local groups and projects during the year.

Back to Business Impact Map